Great day at the Gary Southshore RailCats to kick off virtual opening day! We handed out 700 hotdogs! We even had some special visitors… Mayor Jerome Prince, Gary Fire Department, and Frank Mrvan who’s running for US Congress.

Rieth-Riley teamed up with Olivia’s Gift for the construction of a new building on their complex. This area will add additional space for critical therapy and sensory programs as well as a medication administration area!

Every year Rieth-Riley participates in Goshen’s Parks and Recreation Touch a Truck Event. We bring out our operating equipment along with many other companies to allow the children to have a hands on experience with different vehicles.

Elkhart Chamber of Commerce awarded Rieth-Riley Company of the Month for July 2019 based on outstanding community performance and excellence in the workplace!

SOUTH BEND, Ind.– Christmas came early for a few South Bend families in need on Thursday. With a little help from local company Rieth Riley, Santa paid them a visit to pass out presents and put smiles on their faces!
A Christmas sleigh, was replaced with a red SUV as St. Nicholas hit the road for a new kind of journey!I packed up my gear and followed closely behind. As the crew from Rieth Riley brought joy to those in a bind!
Employees from the company donated over $2,200 in gifts. They found families through the local schools in an area they became familiar with through their work.

“This is actually a neighborhood that we did a project in around here, a safe route to school project kind of enhancing the sidewalk,” says Josh McCormick, Rieth Riley Sales Manager.
First stop: the Settles family.

With eight kids between the ages of eight and thirteen, money was tight this year.
Oldest child, 13-year-old Kaliah worried the holiday might be tough on her little brothers and sisters.
“It’s so fun that I get to see their reactions,” says Kaliah.
She said the best part of the surprise was seeing them smile!

Next, the Rieth Riley team visited the Anderson household where Ozella Davis is raising her three grandkids.
The Anderson kids have been missing a big part of their family since their mom Yolanda passed away in 2014.Christmas time can be extra difficult.

Santa filled their living room with gifts. All the excitement brought Ozella to tears.
“I love them a whole lot, these are all I’ve got. It’s a blessing from god, thanks. Yeah, I appreciate it,” says Ozella.
“We just hope this brings a little bit of joy and we know it definitely makes us feel good and we just hope the families have a little bit better of a Christmas because of us,” says McCormick.

Rieth-Riley participates in Tight Lines for Troops every year! This organization holds a charity fishing event for veterans all throughout Michigan! 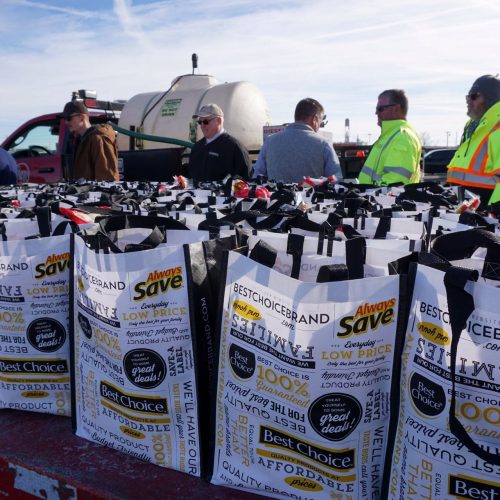 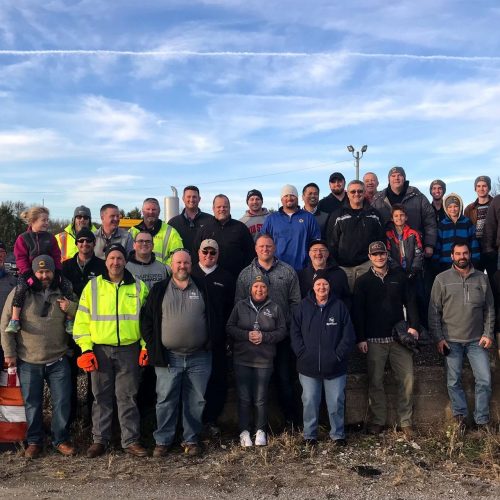 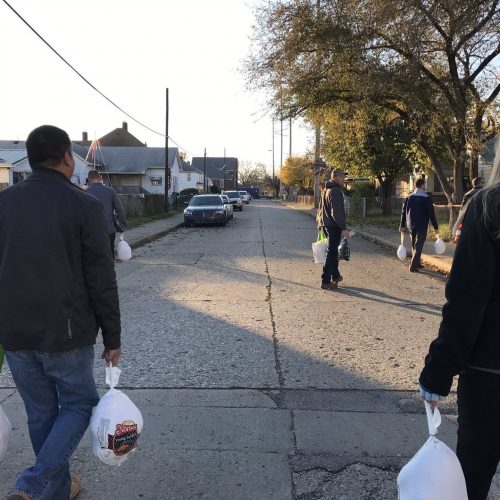 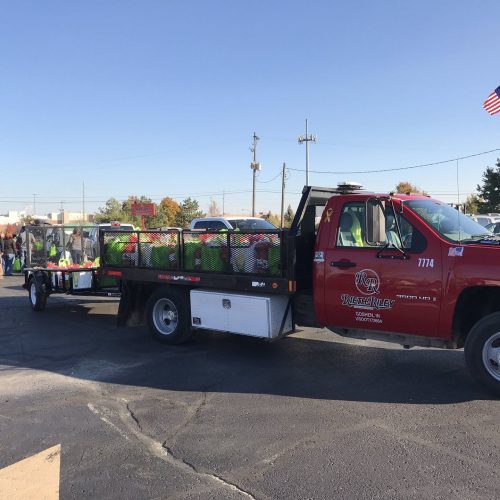 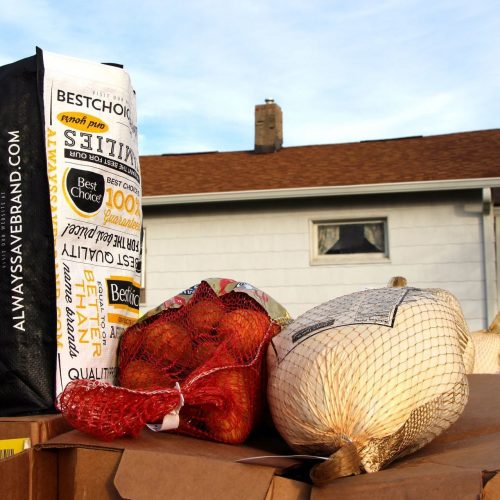 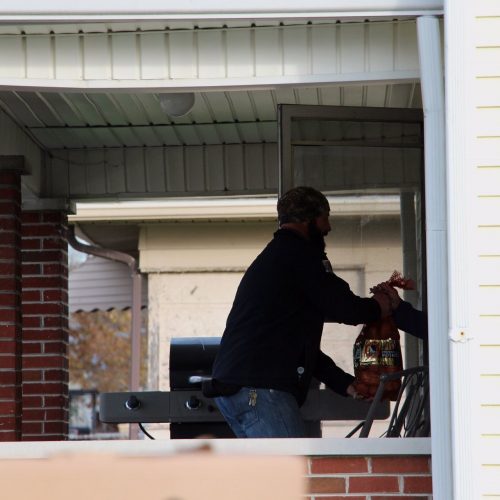 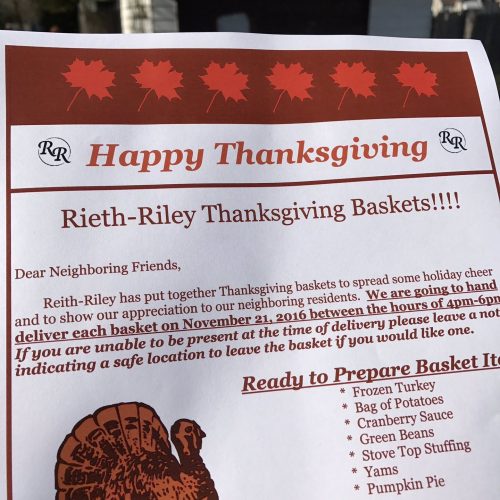 Rieth-Riley Indianapolis participates in the Thanksgiving basket drive to donate to families in need throughout the area. Companies, families, and local volunteers team up to donate and deliver the baskets!

By Ciara Smith, Gary Crusader
Many have gone as far as calling Gary a “ghost town” when comparing the city to its former glory. With nearly two dozen closed schools and over 5,000 abandoned buildings, the vacant buildings and empty lots strewn amongst the city have long been a sore spot for residents.

On March 7, five construction companies took to the Aetna area to tackle the problem head on.

Rieth-Riley Construction, C. Lee Construction Services, P & C Trucking, McAllister Equipment, and Hasse Construction partnered with Gary’s Demolition Department to demolish up to 10 residential properties over the course of two days.
In a continued outreach effort, Jim Wiseman led the project for the second year in a row at no cost to the city. Wiseman and his colleagues targeted five locations in the Miller area last year, and this year, turned their focus to Fayette, Cass and Benton Streets—a project that would otherwise cost upward of $100,000.

In a statement, Wiseman mentioned his goal was to inspire others to get involved with his hometown.
“When I first came up with this idea it was because I wanted to give back to not only the community we serve at Rieth-Riley, but also my burning desire to give back to my hometown that raised me. When I see an administration working for one common goal, it only inspires me to help. Our hope has always been to make a difference in the communities we serve and to give back. More importantly, we hoped that we would inspire others to step up and offer to help us in our outreach campaign. Well, it worked.”
He went on to say, “It’s gratifying to be a small part of a bigger picture.” Next year, he says his goal is to demolish 20 homes.

Rieth-Riley participated in Career Quest to introduce over 4,000 students to the construction industry!

December 2018- Edward Hudson of United States Steel Workers Local 1014 Union organizes a food drive every holiday season for those in need throughout the Gary, Indiana area. Rieth-Riley contributed and donated to this great cause! 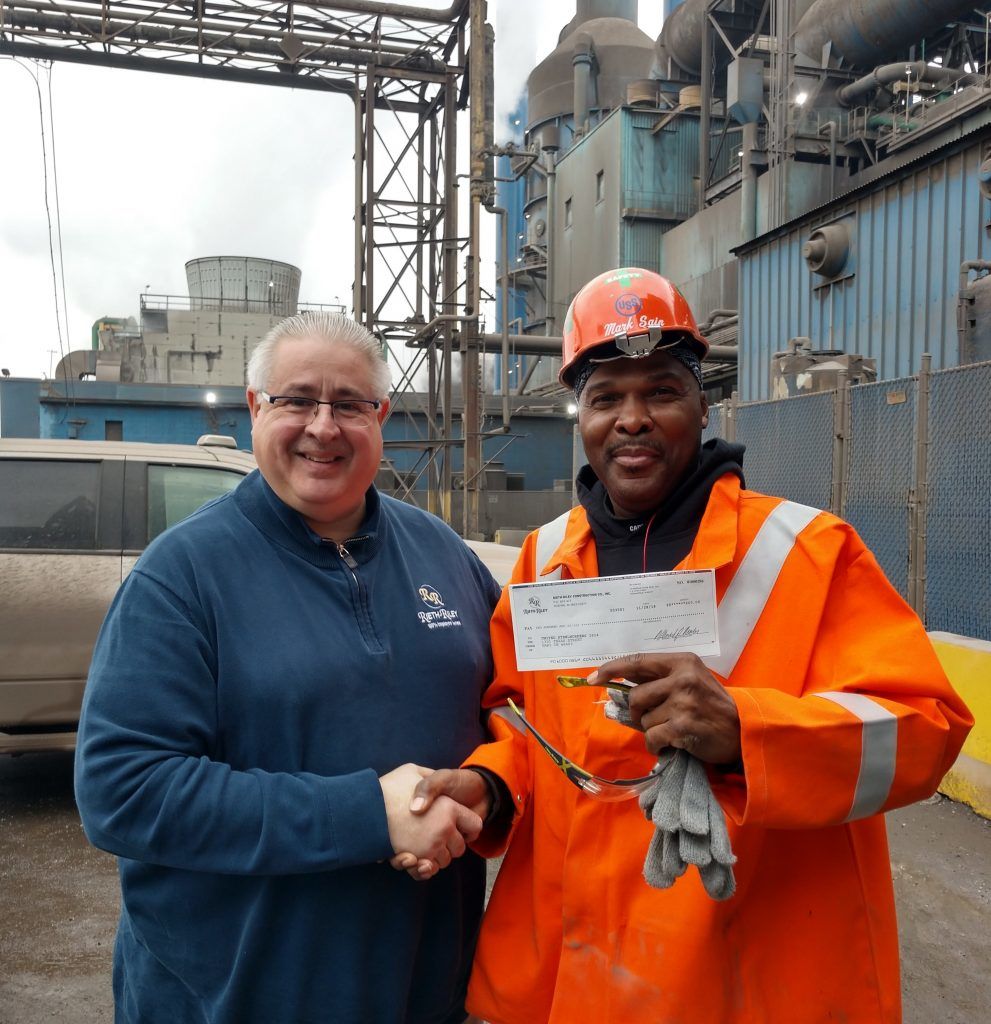 Rieth-Riley employees volunteering their services to restore the grounds at Daniel Webster School in Indianapolis! 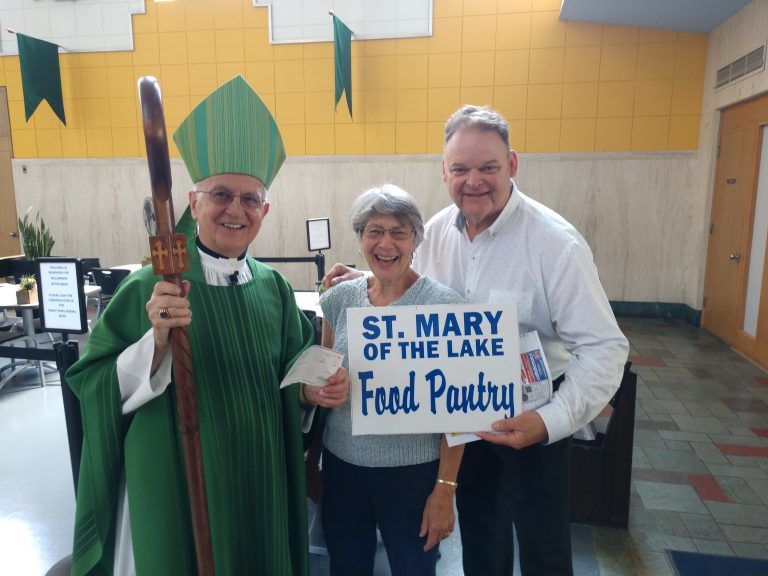 Jim Wiseman presenting a check to Saint Marys of the Lake Church in Gary as a donation for the food pantry!

Rieth-Riley received the 2018 NWIBRT Safety Recognition & 2019 CAF Highway Contractor of the Year for their dedication to safety of employees and our community!

NAPA and APAI volunteers spoke with 2,000+ high schoolers about career opportunities within the asphalt industry! 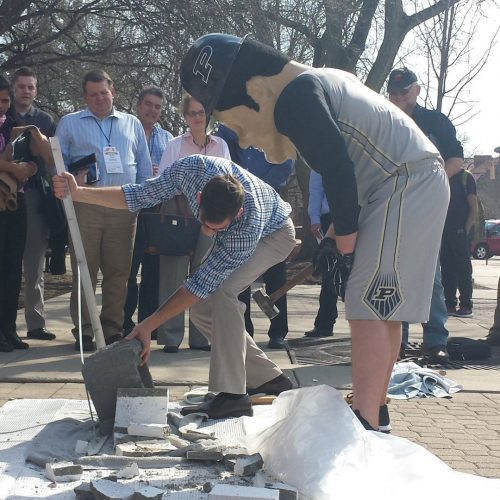 Rieth-Riley participated in the Purdue Road School Transportation Conference and Expo in Lafayette to help educate and collaborate with students involved in the Civil Engineering program!